FAST Aviation was established in 2016 in response to local and regional demand for professional aircraft charter and advanced pilot training. We hold an Air Operators Certificate from the Civil Aviation Safety Authority for Part 135 air transport operations (previously known as charter operations), as well as a Part 141 Certificate for flight training. The company is proudly Northern Rivers based and locally owned. 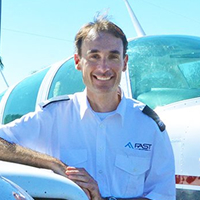 Izaac graduated from Griffith University with a Bachelor of Aviation degree in 2002. He has held a Commercial Pilot Licence since 2000, and currently holds an Air Transport Pilot Licence (Aeroplane), a Flight Examiner Rating, an Instrument Rating (Multi-Engine Aeroplane), a Flight Instructor Rating with numerous endorsements including Instrument Rating & Multi-Engine Training, an Aerial Application Rating and a Low Level Rating. He has logged over 6000 flying hours with over 3000 hours multi-engine pilot-in-command. He is currently completing a Master in Aviation Management through The University of New South Wales, focusing on safety management.

With over 20 years of aviation industry experience, he has experience in many areas of general aviation, from parachuting & glider towing through to agricultural operations (crop spraying & top dressing), flight instruction, flight testing and multi-engine IFR piston & turbine charter. He maintains an extensive network of GA industry contacts, and is often contacted for references and recommendations when companies have pilot vacancies to fill.

In addition, Izaac has degrees in medicine and surgery from The University of Queensland and postgraduate qualifications in aviation medicine and general practice. He has practiced as a Designated Aviation Medical Examiner (DAME) since 2008. 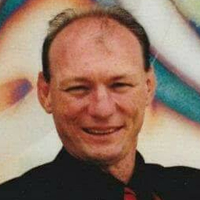 Michael is a highly experienced and industry-respected Licensed Aircraft Maintenance Engineer (LAME). He owns and operates a Northern Rivers based aircraft maintenance business (Black Swan Aviation), and is highly sought after as a result of his skills, experience and dedication to customer service and high standards.

We insist on the highest levels of aircraft safety, serviceability & reliability, and as such we engage Michael exclusively to maintain all of our charter & training aircraft. 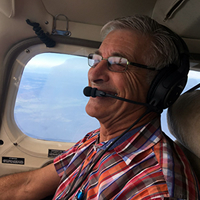 Noel has been flying multi-engine IFR charter for decades, and brings this extensive experience and also his impeccable instrument flying and aircraft handling skills to his role as the senior line charter pilot at the Lismore base. 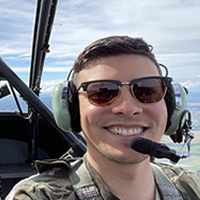 In addition to his Commercial Pilot Licence, Instrument Rating (Multi-Engine) & Flight Instructor Rating with Design Feature, Instrument Rating & Multi-Engine Training Endorsements, Oscar also brings valuable skills in digital media and marketing to his role as a multi-engine IFR charter pilot and flight instructor. As of mid 2021, Oscar has logged over 2000 hours flying time with over 1500 hours multi-engine pilot in command.

Ready to take the next step? Request More Information